This Information on Golden Circle Tours Iceland Will Get Your Attention

This Information on Golden Circle Tours Iceland Will Get Your Attention 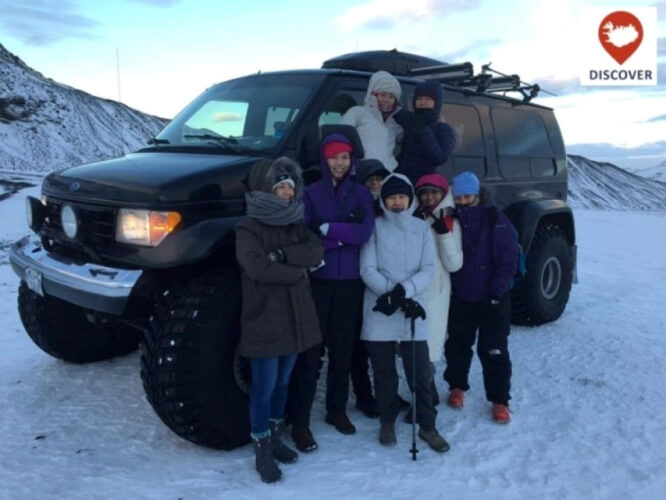 No trip to Iceland will ever be complete without including a visit to the most famous travel route of the country, the Golden Circle. There are hundreds and thousands of travel agencies operating from within and outside of Iceland that can show you the Golden Circle but they will all be missing something. There is only one travel agency that will let you ride to the destinations on a four-by-four SUV, and the drivers know a few secret locations spread across the entire country. No other travel agency can show them to you, but this topic primarily focuses on the Golden Circle trip.

The first noticeable characteristic of Iceland is its unique landscape. It has everything that the human mind can imagine. You will come across black sand beaches, mountains, volcanoes, glaciers, open fields, ice caves, waterfalls, and so much more. The guide on the Golden Circle Tours Iceland booked from discover.is will inform you that Iceland is the second-largest island country in the entire continent. When the clouds shift away, and the sun rays will start peeking, you will get your first glimpse of the first site, the Kerid caldera. The sunlight will highlight the palate of colors before you. It contains green and orange mosses, blue waters, and the redness of the volcanic soil.

No, you may not be lucky enough to witness the lave spurting out of a volcano, but you will see something similar. You must know everything Iceland is famous for.  If you don’t then you will be staring wide-eyed at the Geysir on the Golden Circle Tours Iceland. The weather keeps on changing at Iceland, and if it gets dark as you reach closer to the location of Geysir, you might think that it is a post-apocalyptic site. The Geysir doesn’t erupt anymore but its younger brother, the Strokkur does. After the hot water springs, you will see the Gullfoss waterfalls. It probably is one of the most famous waterfalls in the whole world, and it never fails to impress someone who witnesses it for the first time or second or even third.

The Thingvellir national park is yet another stop on the Golden Circle route, and it has a much historical, societal, and geological influence on the entire country. The first parliament building in the world came into existence in Iceland, and it used to stand and operate here between 930 AD and 1798. It is also where the North American and the Eurasian tectonic plates are tearing apart. There are also stories of a particular lake in the Thingvellir region which was like an execution area where people received punishment in the form of death for crimes like adultery, witchcraft, etc.

In the world of the web, no one remains ignorant and devoid of information. You will surely find more detailed data on the internet about the Golden Circle. However, instead of wasting time searching for the particulars of the location, you should book your tour with the travel agency mentioned earlier, pack your bags, and head for the airport as soon as possible. If you’re searching for more info, then it is safe to assume that you know that Iceland can be quite exciting. So, change that assumption to the truth by clicking on the link given above.

We spent two days with Birgir visiting the Reykjanes Peninsula and the Golden Circle: the trip was planned out to avoid all the big bus tours, and included many quirky... read more places to visit which wouldn't have been possible in a large tour group. Communication with Discover Iceland was great, and everything was well organised. We were travelling with elderly parents and the tour moved at their pace. This is certainly an expensive option, but in terms of value for money it was well worth it. We were visiting Iceland on a cruise, and having done other ports of call where you were herded around, often looking at things you really weren't interested in, whereas this trip felt more like an adventure. Birgir shaped the tour around us and what we wanted to experience, and we thoroughly enjoyed it.