Visit Iceland in October : Things to do & Places to visit 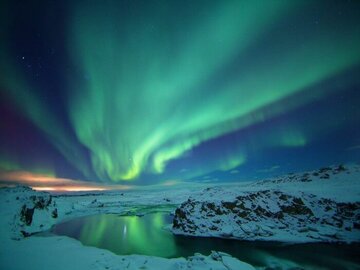 Iceland is known to be a cold country with an average temperature range of 4 – 10 °C. Although it is known to change quickly, and often in a day. This is the biggest challenge that people have to deal with. Iceland’s travel seasons are broken down into four separate categories. There is the high season, the low season, and the shoulder season off-season. Low Season in Iceland: [November-February] It is from November to February and is the least busy time to explore Iceland. High-Season in Iceland [June-August] The main advantage of visiting Iceland during the summer are the 24-hour daylight. Shoulder-Season in Iceland [March-May and September-October] It is the best time to go to Iceland because of its perfect weather, cost, lack of tourists and more. Off-Season in Iceland [September-April] It is also known as a combination of the low and shoulder seasons. Why visit Iceland in October? October is one of the lowest busy months in Iceland. The rush of the summer is over and the festivities of early winter are yet to set in. Visit Iceland in October and you will discover many advantages. The days are long enough for you to fill them with activities and the nights are dark enough for you to enjoy the Northern Lights; the majority of roads are still accessible and incredible locations such as the Westfjords are still open to visitors. What to See in Iceland in October? Jökulsárlón glacier lagoon, as the changing light refracts off of the ice--the glacier lagoon is even more spectacular beneath the Northern Lights. Sites such as the Hvítserkur rock formation and the Vatnsnes Peninsula are easy to reach. In west Iceland visitors in October can see both the Westfjords and the Snæfellnes Peninsula. You can visit Dynjandi waterfall and the Látrabjarg birdwatching cliffs

Iceland is known to be a cold country with an average temperature range of 4 – 10 °C. Although it is known to change quickly, and often in a day. This is the biggest challenge

My wife and I took the private south coast tour and Arnie was our amazing tour guide. His knowledge and love of his country was vast and detailed. The extra... read more special secret stops as well were fantastic. He brought us to a beautiful spot for lunch in view of a waterfall and delicious food. There was never a dull moment with him and we are very thankful we got to meet him and learn from him about this amazing country. Georg also was a huge help with me for all the booking and tons of questions I had. I will be sure to tell everyone to book with them as well that come to visit this beautiful country!