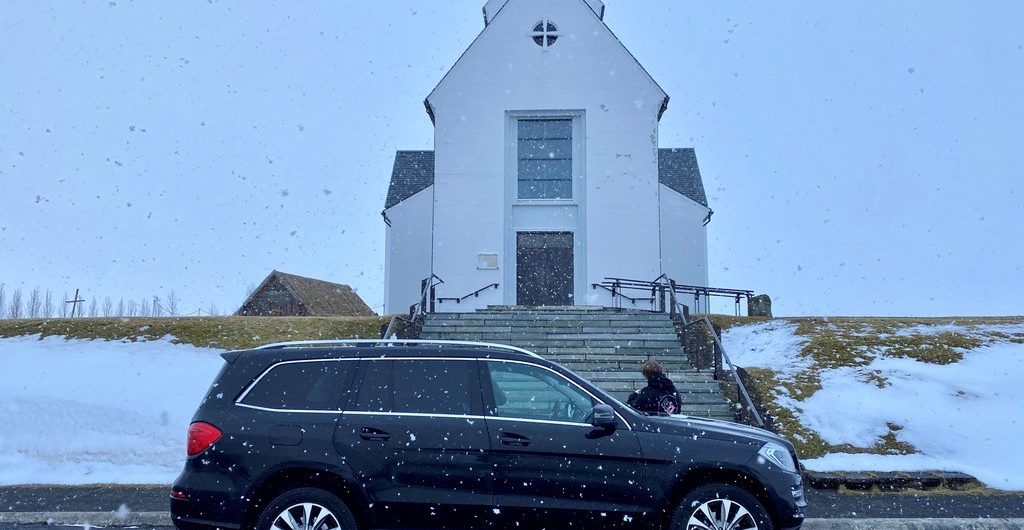 Djupalonssandur, also called the Black Lava Pearl Beach is one of the most beautiful places to visit in the fairytale island of Iceland. The name of the destination is somewhat difficult to pronounce for everyone except the Icelanders. Therefore, this topic will stick to “Black Lava Pearl Beach.” Of course, the Sneafellsness peninsula has other mind-blowing destinations to offer, but the black lava pearl beach takes the cake. It’s like stepping into a wonderland of lava. The beach is just a short drive away from the main road to Djupalonssandur, and you can leave your rented vehicle at the parking lot just above Djupalonssandur. The journey begins: You can visit the black lava pearl beach by choosing Private Tours in Iceland from vefsugerc41.sg-host.com. Once you leave your vehicle, your guide will lead you towards the beach on foot down the Nautastigur path, or the Path of the Bull. This path will take you through a field of lava with massive formations created by the same. According to previous visitors and avid travelers, it’s the most beautiful section of the beach. You’ll also spot a peculiar rock there with a hole in it called Gatklettur. If you peek through it, you’ll notice the Sneafellsjokull glacier. Pieces of a trawler: As already mentioned earlier, a Private Tour Iceland is what you need if you wish to explore Djupalonssandur. Just make sure that you choose the right tourism service providers because not everyone will take you there. Once you reach the beach, you’ll spot bits and pieces of a British trawler called The Epine GY7. It became a wreck on the night of 13th March 1948 on the east of Dritvik Cove. The disaster led to the death of fourteen people. An Icelandic rescue team from a neighboring village managed to save five people

Djupalonssandur, also called the Black Lava Pearl Beach is one of the most beautiful places to visit in the fairytale island of Iceland. The name of the destination is somewhat difficult to pronounce for everyone

The Uniqueness Of Icelandic Horse 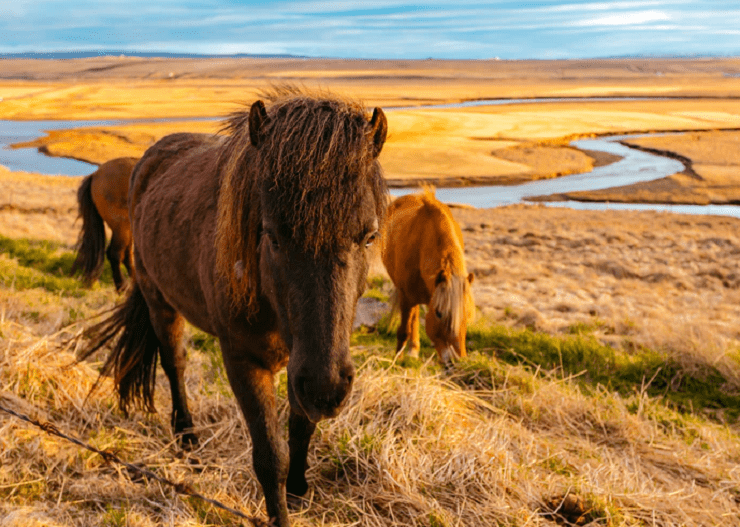 Icelandic horse is a symbol of Iceland’s pride. The horse has a tremendous significance in Iceland’s history, since mini-Ice age through Viking battles and later settlements. When you travel to Iceland and drive on a Super Jeep on Ring Road, circumventing the coastal areas, you will witness these lovely creatures calmly grazing on meadows. There are full-fledged horse farms in the country where these horses are reared. Their amiable, unique features are enticing enough to make you wish to ride them, merrily trotting through the local terrains. There are lots of enriching facts pertaining to their uniqueness. Sweet temperament In any of the Private Tours Iceland impeccably organized by a top travel agency such as Discover.is, you will have the opportunity to come across these horses. The sweetness of their temperament will instantly win your heart. Icelandic horses are shy when you first interact with them and may seem stubborn animals. But gradually, they become friendly. Some of the hiking trails that you can experience in Iceland provide you a scope to ride on these horses. Small, mighty, impressive gait An Icelandic horse is smaller than the usual breed of horses that you come across in other parts of the world. It has a robust build with a superior gait (way of trotting), generally five in number. All other horse breeds have three, or a maximum of four gaits. Even as a novice rider in one of the Custom tours in Iceland, riding an Icelandic horse would be comfortable, with a relaxing jaunt, due to its soft gait. Multiple patterns and hues Yet another astounding fact that makes the Icelandic horses genuinely unique is the wide range of vibrant colors and delicate patterns in which they come. It has been observed that these horses can come in more than 40

Icelandic horse is a symbol of Iceland’s pride. The horse has a tremendous significance in Iceland’s history, since mini-Ice age through Viking battles and later settlements. When you travel to Iceland and drive on a

How about making your travelling experience more prolific by touring Iceland on your vacations? The country offers a myriad of natural treasures that would baffle you. Top touring companies offer extensive Iceland packages that make the job easy. The off-beat locations will also make you feel like a globe-trotter. Driving on a rented jeep Witnessing the emphatic volcanoes and captivating glaciers is one of the key elements of the staple Iceland Private Tours. The breathtaking beauty of the Icelandic volcanoes would mesmerize you from close quarters. Travelling to prime tourist spots on a tour bus is an option. But there are other alternatives too. You can rent a 4 X 4 jeep and drive across the enchanting terrain of the country for exploring its offerings. The Seljalandsfoss Waterfall If you love hiking, then you must aim for the impeccably lovely trails of Thorsmork. It is regarded to be the paradise for hikers. The thrilling adventure is a lifetime experience. Discovering nature has always been an engrossing experience for any seasoned tourist. You can start your Iceland Private Tours by visiting the beautiful Seljalandsfoss waterfall. Its milky white waters falling from a height of about 60 meters is indeed a treat to the eyes. The Gígjökull Glacier While driving a tour jeep through the mountainous tracks, you would feel a sense of achievement and serenity in the peaceful Icelandic environment. You would cross not one or two, but ten rivers in your way to reaching Thorsmork. The natural marks of the previous volcanoes and glacial floods are still prevalent in the area. Witnessing the imposing Gígjökull Glacier would surely give you the thrills. It is an integral part of the mighty Eyjafjallajokull volcano that had erupted way back in 2010, disrupting air traffic. The enigma of Thorsmork There are a few

How about making your travelling experience more prolific by touring Iceland on your vacations? The country offers a myriad of natural treasures that would baffle you. Top touring companies offer extensive Iceland packages that make

8 reasons why you need to book an Iceland tour package 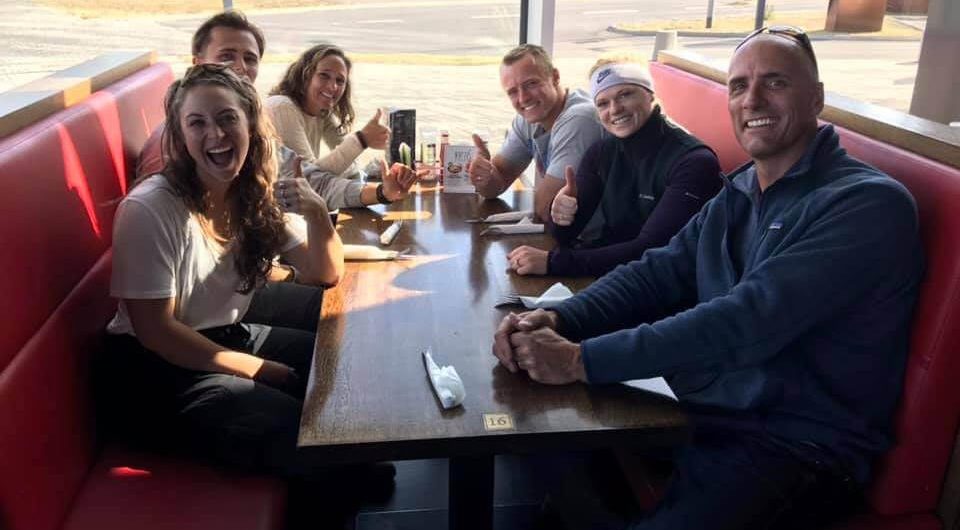 Iceland - the hottest cold-weather destination, is a Nordic Island Nation. It is known for its dramatic and unbelievable beauty which is in the form of volcanoes, geysers, waterfalls, glaciers, hot springs, lava fields, and mountains. Name any form of landscape and Iceland has it, no wonder why it is considered to be one of the most beautiful creations on Planet Earth. The country of Iceland is so diverse that it has attracted a chunk of tourists towards its beauty and without any doubt, it continues to remain in the bucket list of travel enthusiasts. Did you know that Iceland is popularly known as ‘The Land Of Fire And Ice’? This name justifies the country because Iceland has both, glaciers and volcanoes! It is a volcanically active landscape with several active volcanoes with Eyjafjallajökull being the most active one. It also has 13 major glaciers that cover over 11 percent of the country’s surface. Vatnajökull glacier is the largest one. It is a special country which has numerous sightseeing spots, mystical landscapes, and the most friendly localities. But one thing that most of the people planning to visit Iceland go through is the number of questions including numerous whys, whens, hows, and whats! No matter how spectacular the country of Iceland looks in pictures, there’s doubt and uncertainty in a traveler’s mind when it comes to finalizing their trip to The Land Of Fire And Ice as it is the land of extreme weather conditions. But it is also not fair to leave the fantastic idea of exploring this beautiful country as an idea only. So, what can be done? The ULTIMATE answer that will fix every single doubt and put you in comfortable shoes is booking a Private Iceland Tour. A customized Iceland Tour is the best option to

Iceland – the hottest cold-weather destination, is a Nordic Island Nation. It is known for its dramatic and unbelievable beauty which is in the form of volcanoes, geysers, waterfalls, glaciers, hot springs, lava fields, and

Reasons to celebrate Christmas in Iceland 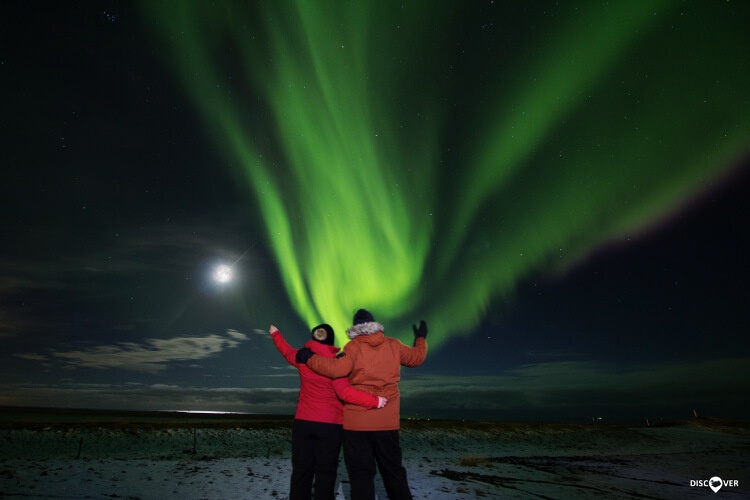 Christmas is the festival of glowing lights, gift suggestions, and party time. It attracts together plenty of joy and happiness and sets everyone for party mood. Outlets and roads appear mesmerizing as they come together, presenting the colors of different lights. The liveliness of those cities and luscious roads seem amazing as paradise. Walking across the snowy sidewalks and exchanging presents along with appreciating the mad get-togethers and tasting fantastic food items makes winter worthwhile. The weather, which is lovely, adds to this delight along with the snowy sidewalks combined with brightly colored shops makes you truly feel as if you are in a movie. In the moments, you have trouble picking the right vacation spot, Iceland could be the perfect answer. Every year people from all over the world flock around Iceland to celebrate Christmas. Iceland has the shortest days during December month. People get to experience some of Iceland's best locations and find solace in the wild landscapes of the nation of fire and ice. The captivating places of this beautiful country are bound to leave you awe-struck. So get lost in the majestic Blue Lagoon and get a taste of delicious Icelandic delicacies, or take a Christmas walking tour in the capital city of Reykjavik, which is a paradise for every shopaholic. But the fun doesn’t end here. You can also enjoy the majestic natural display of lights at the Northern Lights, which is a natural phenomenon that is caused by disturbances in the magnetosphere due to solar wind. So, whatever it is you are looking for, Iceland has got it all covered for you. A Christmas in Iceland will be the one that you cherish for the rest of your life. What to do for Christmas in Iceland? Shopping fest Indulge yourself in the lovely Christmas

Christmas is the festival of glowing lights, gift suggestions, and party time. It attracts together plenty of joy and happiness and sets everyone for party mood. Outlets and roads appear mesmerizing as they come together,

Along with Golden circle we covered East, West,South , North also. We chose private tour option for our family with Guide/Driver. Excellent service and flexibility. We were planning to do... read more it on our own at first but this is the best decision we made. We’re able to visit and see beautiful places that we will not see on our own. Very responsive and knowledgeable group of people. Our guide Birgir was a true professional. We had some diet restrictions due to being vegetarian and some allergies and with his help we found places to Er were we never felt any inconvenience. We were tested mandatory when we entered country for COVID test and we all were vaccinated in USA. Our guide was fully vaccinated. So mask was not required. We were comfortable with it. …